6 Players with the Most NBA Championship Rings

At the end of each season, we usually see victorious teams being awarded a trophy. In the NBA’s case, the team that wins the NBA Finals is awarded the ‘Larry O’Brien NBA Championship Trophy. At the end of the day, this is what all the teams are fighting towards. However, this is not the only thing the players get to look forward to. This is because each player on the championship-winning team receives a specially designed ring – The NBA Championship Ring! These have been received by winning team players since the first NBA finals in 1947. Are you curious to know which players have the most NBA Championship Rings? Keep reading to find out! 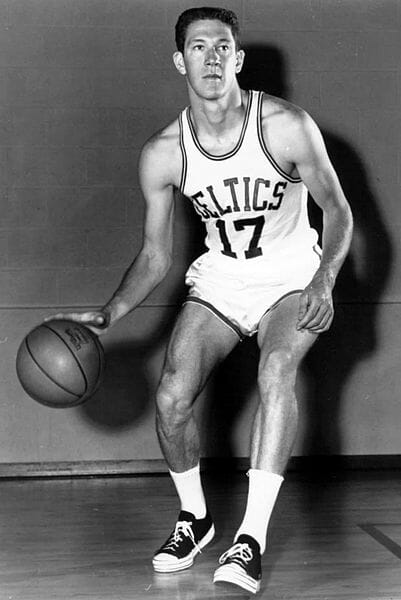 This basketball superstar was one of the most commanding players on the court. Furthermore, he was also quite versatile as he played both forward and guard. Havlicek’s scoring ability was exceptional, and he is among the best players in history to don the Celtics’ uniform. During his impressive career, which spanned 16 years at the Celtics, he was a member of 8 championship teams. This makes him part of a 4-way tie with an equal number of Championship Rings with another 3 NBA legends. Therefore, this also makes him the third NBA basketball player with the most Championship Rings.

Like Havlicek, Satch Sanders won 8 titles with the Celtics in his 13-year career. His biggest impact came from his defensive skills in the ‘forward’ position, which we saw him do impressively during his time at the Celtics. He is still considered to be one of the greatest defensive forwards of all time to this day. After hanging up his boots in 1973, he went on to start a career in coaching. He first started his coaching career with the Harvard University team and later moved on to being the Celtics coach.

Yet another Celtics player from the same era, K.C. Jones, was known for his defensive masterclasses. He was a part of the Celtics team when they won 8 consecutive championship titles in the nine years he spent playing with the Celtics. He played at point guard and was the heir to Bob Cousy’s role, but was firstly serving as just his reserve. He massively contributed to the Celtics and their success during his time at the club.

This basketball player is one of the greatest legends in the long history of the Celtics. He mainly played as a scoring forward, winning 8 NBA championship titles in his 9-year stay at the club. Throughout his career, Heinsohn was a formidable forward, averaging an impressive 18.6 points per game. After retiring, he continued to work as a coach and won another 2 NBA Championships in the process with the Celtics. Later, he became a commentator for the club’s matches.

Sam Jones won a total of 10 titles during his 12 years at the club. Averaging 17.7 points per game, he was among the team’s top scorers. Jones was a quick guard with his sneaky lay-ups and pinpointed shooting on the offensive. Besides holding second place in the race to having the most NBA Championship Rings, he is widely considered one of the best players in the history of basketball.

By now, you probably noticed a pattern that the players with the most NBA Championship Rings have all been won during their time at the Celtics. It’s no surprise, as the Celtics enjoyed glorious years between the 1950s and 1970s. 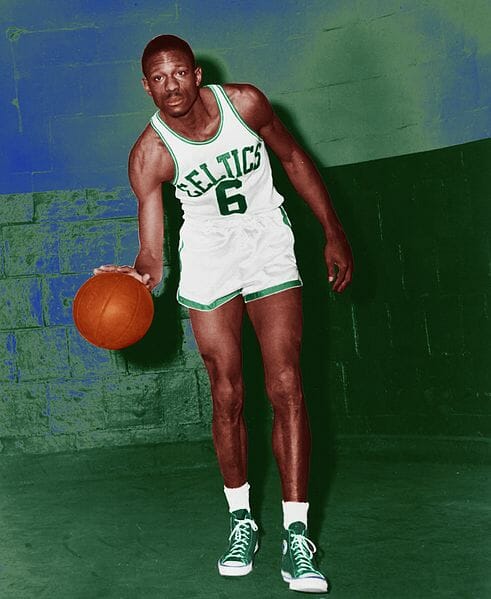 Finally, sitting in the top spot and boasting a whopping 11 NBA rings is none other than Bill Russell. During some of the Celtics greatest years in the 50s and 60s, he led the club to 11 championship titles in a span of 13 seasons. Russell was an integral part of the team playing at the centre and acted as an imposing defender who impacted his team’s performance every single time he stepped on the court. Apart from his incredible ability, he was a tremendous leader – Probably the reason he thrived so much throughout his career.

Winning an NBA championship title is the biggest achievement in the career of any professional basketball player. Apart from developing the careers of many stars, basketball has also inspired the development of numerous basketball themed online casino games. Today, anyone can sign up at www.platincasino.co.uk and play basketball-themed slots, as well as a range of other exciting games.

Leading 10 Players at the WSOP in 2021. Finest Moments of the Poker Championship

The Most Exciting Game in The World