In the NFL, free agency is a game of strategy.   Every year, some teams win big and others lose out.

How? By forming the strategy that will help them beat their opponents at the negotiating table. It’s not just about spending more money than other teams, it’s how you spend your money wisely that can make all the difference in building a winning team.

Types of Players in Free Agency

There are three primary types of players in free agency: Franchise Players The “Elite” These are the players you build your franchise around; they are known for playing well year after year and providing leadership to younger players on your team. Most elite players don’t become available unless through retirement or trade due to salary cap constraints. A good example of a current elite player is Peyton Manning.

These are pretty much the core players that you expect to be an integral part of your team each week and year after year.  These players have above-average talent, they’ve been in the league for a few years and continue to develop their skills with experience. Most high-quality players don’t become available unless through retirement or trades due to salary cap constraints. A good example of a current high-quality player would be Wes Welker.

This is where most free agents fall into; these days there are quite a few average players out on the market due to teams having some extra cash to spend and deciding not to re-sign their players. The number of average players available in free agency seems to be rising each year because the salary cap keeps rising and younger players are starting to get paid better than ever before. A good example of an average player would be Mike Wallace. 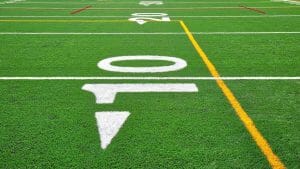 Each team must decide what positions they need help at before free agency starts.

If you have a big gaping hole that needs filling, then great – but if not it’s best not to overspend on a position that your team doesn’t need.

For instance, the Green Bay Packers had questions all along their defensive line going into this year’s free agency period and used a large part of their available funds to sign BJ Raji, Anthony Hargrove, and Daniel Muir.

That’s a good strategy for teams that have a big hole to fill.

How Much Money is Available?

The salary cap keeps going up each year, which means teams have more money to spend on players.  If a team has a high budget then they can afford practically any player they want as long as the player fits into their salary structure and doesn’t break the bank (see Percy Harvin ).

Player Rankings A few weeks before free agency starts there are always several websites that compile rankings of all available players; this gives you an idea of who is out there and what positions need help most.   Keep in mind, these lists usually only include unrestricted free – not restricted or exclusive-rights – players.  For instance, the Seahawks made Russell Okung and Golden Tate their franchise tag players; that means they can’t hit the open market and sign with other teams (read more about franchise tags here ).

When does free agency start nfl 2018

Free agency starts on the Tuesday following the league year (March 12 in 2013).  This date is set by the NFL Management Council.

Teams communicate their interest to agents via telephone calls, text messages, faxes, and/or email; they supply contract offers and lists of their available budget at this time.  Agents start negotiations with teams in hopes of coming to an agreement that both the team and player are satisfied with.

If a player is unhappy with his contract offer or if there aren’t many teams interested, they will not re-sign their contract right away.  That means they have all off-season to shop around for a better deal.  However, if they are happy with their contract offer then they’ll usually sign it fairly quickly.  Once the player signs, teams can assign him his new contract and move on to working on other contracts.