Basketball is a sport generally played by five players per team. Historically, these players have been assigned to positions defined by the role they play on the court, from a strategic point of view. Broadly speaking, the three main positions are guard, forward, and center, with the standard team featuring two guards, two forwards, and a center. Over time, as more specialized roles developed, each of the guards and forwards came to be differentiated, and today each of the five positions is known by unique names, each of which has also been assigned a number: point guard (PG) or 1, the shooting guard (SG) or 2, the small forward (SF) or 3, the power forward (PF) or 4, and the center (C) or 5.

Michael Jeffrey Jordan (born February 17, 1963), also known by his initials MJ, is an American former professional basketball player and businessman. He is the principal owner and chairman of the Charlotte Hornets of the National Basketball Association (NBA) and of 23XI Racing in the Nascar Cup Series. He played 15 seasons in the NBA, winning six championships with Chicago Bulls. His biography on the official NBA website states: “By acclamation, Michael Jordan is the greatest basketball player of all time.” He was integral in helping to popularize the NBA around the world in the 1980s and 1990s, becoming a global cultural icon in the process. 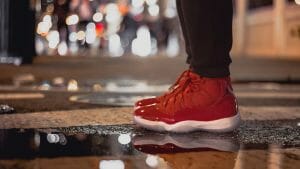 Jordan’s talent was clear from his first NBA season; by November 1984, he was being compared to Julius Erving. Larry Bird said that rookie Jordan was the best player he ever saw, and that he was “one of a kind”, and comparable to Wayne Gretzky as an athlete. In his first game in Madison Square Garden against the New York Knicks, Jordan received a nearly minute-long standing ovation. After establishing the single-game playoff record of 63 points against the Boston Celtics on April 20, 1986, Bird described him as “God disguised as Michael Jordan.”

Jordan led the NBA in scoring in 10 seasons (NBA record) and tied Wilt Chamberlain’s record of seven consecutive scoring titles. He was also a fixture of the NBA All-Defensive First Team, making the roster nine times (NBA record shared with Garry Payton, Kevin Garnett, and Kobe Bryant). Jordan also holds the top career regular season and playoff scoring averages of 30.1 and 33.4 points per game, respectively. By 1998, the season of his Finals-winning shot against the Jazz, he was well known throughout the league as a clutch performer. In the regular season, Jordan was the Bulls’ primary threat in the final seconds of a close game and in the playoffs; he would always ask for the ball at crunch time. Jordan’s total of 5,987 points in the playoffs is the second-highest in NBA history. He retired with 32,292 points in regular season play, placing him fifth on the NBA’s all-time scoring list behind Kareem Abdul-Jabbar, Karl Malone, LeBron James, and Kobe Bryant.

What position is Michael Jordan

The shooting guard (SG), also known as the two, two guard or off guard, is one of the five traditional positions in a regulated basketball game. A shooting guard’s main objective is to score points for their team and steal the ball on defense. Some teams ask their shooting guards to bring up the ball as well; these players are known colloquially as combo guards. A player who can switch between playing shooting guard and small forward is known as a swingman. In the NBA, shooting guards usually range from 6′ 2″ (1.88 m) to 6′ 6” (1.98 m) while in the WNBA, shooting guards tend to be between 5′ 10″ (1.78 m) to 6′ 1″ (1.85 m).

Typically, shooting guards are taller than point guards. Height at the position varies; many bigger shooting guards also play small forward. Shooting guards should be good ball handlers and be able to pass reasonably well, though passing is not their main priority. Since good shooting guards may attract double-teams, they are frequently the team’s back-up ball handlers to the point guard and typically get a fair number of assists. Shooting guards must be able to score in various ways, especially late in a close game when defenses are tighter. They need to have a good free throw percentage too, to be reliable in close games and to discourage opposing players from fouling. Because of the high level of offensive skills shooting guards need, they are often a team’s primary scoring option, and sometimes the offense is built around them, as in the case of Michael Jordan.