Hockey players use smelling salts to keep their energy up. These are chemicals that cause an inhaler’s muscles to contract, stimulating the fight or flight reflex.

If you’ve ever seen what smelling salts can do to a person, there’s an obvious clue as to why they’d want to ban them from the ice. But if it weren’t for smelling salts, hockey players would be playing at a severe disadvantage.

Smelling salts don’t just wake people up, they also give them an immediate boost of energy and motivation. That’s exactly what professional hockey players need during a tense playoff game.

There hasn’t been much research on smelling salts in athletes so far, but we do know that its benefits outweigh the potential dangers of using it more than twice a week for longer than two weeks. We also know that regular use of smelling salts can lead to an addiction and that it has the potential to be abused by less-than-ethical athletes and professionals looking for every advantage possible. This is why some sports governing bodies have come out against the use of smelling salts in healthy individuals with no concussion or brain damage symptoms

In recent years, lawmakers have started to take notice of the widespread abuse of smelling salts and how it can lead to addiction. However, they aren’t sure if banning smelling salts for goodwill benefits athletes in the long run.

Hockey players need smelling salts during a game because it releases chemicals that release energy in muscles through two different pathways: one is similar to adrenaline while the other is similar to dopamine. Both are neurotransmitters that are responsible for releasing memories into conscious thought. They activate immediate action when required, but both are also capable of triggering addiction.

What do hockey players sniff

Smelling salts might just be an inevitable part of professional sports at this point. Although there’s no conclusive evidence showing its benefits outweigh its risks, some hockey teams claim their players would suffer without it. The few studies we have on smelling salts use it in emergencies, which means we might not even know the full potential of what they can do for healthy individuals.

Smelling salt legislation is much more complicated than looking into its short-term effects because there isn’t enough research done to truly understand how exactly this chemical affects the brain. However, even if smelling salt abuse does cause addiction, banning them from professional sports probably won’t make a difference in a player’s long-term health. 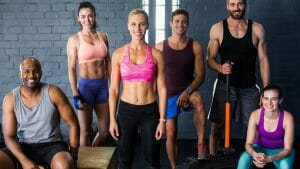 The salt is used by athletes in many sports, including baseball and football

It can be purchased as a nasal inhaler or as a crystal. Inhalation of the aerosol causes an immediate physical reaction, stimulating the body’s nervous system and providing a boost of energy. The effect only lasts for a few minutes before wearing off completely.

If smelling salts were to be banned from all sports, it could cause teams to rethink their strategies and ultimately suffer on the playing field. Hockey players would probably have a much more difficult time getting through long games if they couldn’t use smelling salts

Smelling salt abuse is something that has been frowned upon for years now, but there hasn’t always been enough research done to prove that it does hinder athletes in the long run. However, recent changes in legislation are starting to take better care of athletes everywhere and that’s a very good thing.

It’s not uncommon for coaches, trainers, and other members of a team to carry them around with them during games

They also keep them nearby while traveling or practicing.

The Salt Lake County Council recently passed a bill that would make the use of smelling salts without a doctor’s note illegal for athletes under 18 years old. However, this is widely opposed by parents and coaches who say it could prevent young athletes from reaching their full potentials.

Smelling salt abuse can lead to health problems like addiction, increased blood pressure, diabetes, and other cardiovascular problems. It’s already banned in many high schools across the country because of how dangerous it can be for young athletes under the age of 18.

As long as smelling salts are still legal in professional sports, people might not think twice before using them during games. The only way to avoid this completely is to ban smelling salts from all sports.

Smelling salt legislation has been a hot topic for debate over the past few years. Many people are opposed to its use in professional sports, while others claim it’s an important part of the competition. Although there isn’t conclusive evidence saying smelling salts are dangerous during games, studies do show that they can cause health problems in athletes who use them regularly.