If you’re not a fan of chewing tobacco, you probably don’t think very highly of Major League Baseball’s chew or bat shows. The bat and chew show is when a player brings out a fresh pack of chew to put in the mouth while they are at-bat. Most people watching at home don’t want to see this disgusting habit, but there’s no law against it. Some view it as unprofessional while others think it’s just one of those quirky things that we must tolerate. The use of smokeless tobacco has plummeted in recent years and Commissioner Rob Manfred is trying to prevent the use of chewing tobacco by players during interviews and other parts of the game where fans can see them.

What do baseball players chew?

Snuff tobacco! It is packaged moist or dry—most American snuff is moist. It may be sold in different scents and flavors. Dip or dipping tobacco and snus are common forms of moist snuff in the US. It’s available loose or in small pouches similar to tea bags. 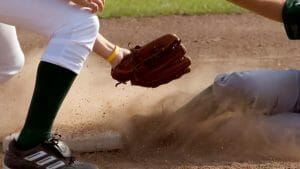 Why do they chew tobacco?

Baseball players chew tobacco to build saliva and use that spit to keep their gloves moist on dusty fields.

How chewing tobacco affects your teeth

Chewing tobacco is a form of oral use of tobacco that entails chewing rather than smoking. It is associated with tooth decay and gum disease as well as various other risks such as nicotine addiction, heart disease, and cancer. Chewing tobacco is typically manufactured as small, flat thin leaves of tobacco which are either exported or domestically produced.

Smokeless tobacco, or oral tobacco use, can lead to many negative consequences–including cancer, gum disease, and heart disease. There are several alternatives to using smokeless tobacco that you may want to try, such as:

The curious case of smokeless tobacco products like snuff, dip or chew

Out of the different kinds of smokeless tobacco products that are around, chew is one of the worst for your oral health. Mouth cancer is an extreme danger that chew users face.

For those who do chew, stopping is not easy. It’s important to know what you’re getting into before trying to stop chewing. Your nicotine addiction, for example, can make it difficult to quit cold turkey or gradually reduce dependence on chew by dividing the amount of chew you use into more portions.

It might seem like chewing tobacco is helping with your teeth because you are spitting out everything instead of smoking it. But chewing tobacco also contains tars and other substances which are bad for tooth enamel and gum tissue.

The dangers that come with using chew are not worth it. The so-called ”chew process” MLB players cherish puts them at risk for oncological diseases or heart diseases. Yet, quitting cold turkey or gradually reducing its dependence on chew by dividing the amount of chew they use into more portions can help make this a less difficult change for those players who would like to stop.

In recent years, a solid percentage of MLB’s ”fielders” have shifted on sunflower seeds and chewing gum. But all in all, a much bigger change is needed for the sake of the players’ health and overall, the future of the MLB.

Best Iron Shafts For Seniors 2021 – (MUST READ Before You Buy)